Molecular basis underlying the QTL responsible for the genetic control of flowering time in chickpea: an integrative approach

Flowering time involves the transition from vegetative growth to the flowering state and it refers to the number of days from sowing to the appearance of the first fully opened flower. Flowering time is the major domestication trait defining the adaptation of chickpea to different agro-climatic conditions, and therefore is a major determinant of its productivity. Despite early flowering time being suggested as a means to increase chickpea adaptability roughly 45 years ago , studies on the genetic control of flowering time have appeared only within the 21st century. Although classical genetic analyses have provided a wealth of valuable information, the molecular identities of genes underlying the major flowering time locus remains mostly elusive.

Our ability to feed the world with innovative products depends on new breeding methods and technologies that will require well-trained plant breeders who understand fieldwork, skilled scientist who understand the genetic basis of the traits to improve and data scientist to help geneticist and breeders to make more informed material selections. Flowering time is the major domestication trait defining the adaptation of chickpea to different agro-climatic conditions, and therefore is a major determinant of its productivity. Understanding how individual genetic variants combine to provide adaptation in specific situations is fundamental to accelerating introgression of new traits into adapted backgrounds. Today a number of genomic resources developed in the past for model plant systems are available for agronomically important crops. In FLOWERINGCHICKPEA (FORCE) we will dissect the molecular basis controlling flowering time. The specific objectives of the project involve:

This will be achieved by adopting an integrative approach that combines state-of-the-art technologies in next-generation sequencing, computational plant biology and diverse genetic resources exhibiting a wide range of phenotypic diversity for flowering time. This will allow us the construction of high- density integrated physical and genetic linkage maps, and eventually the assessment of colocalization between flowering time loci/QTL and flowering time genes. Results will be an important resource for geneticists currently investigating legume phenology around the globe. Moreover, the project could have useful applications in agriculture. 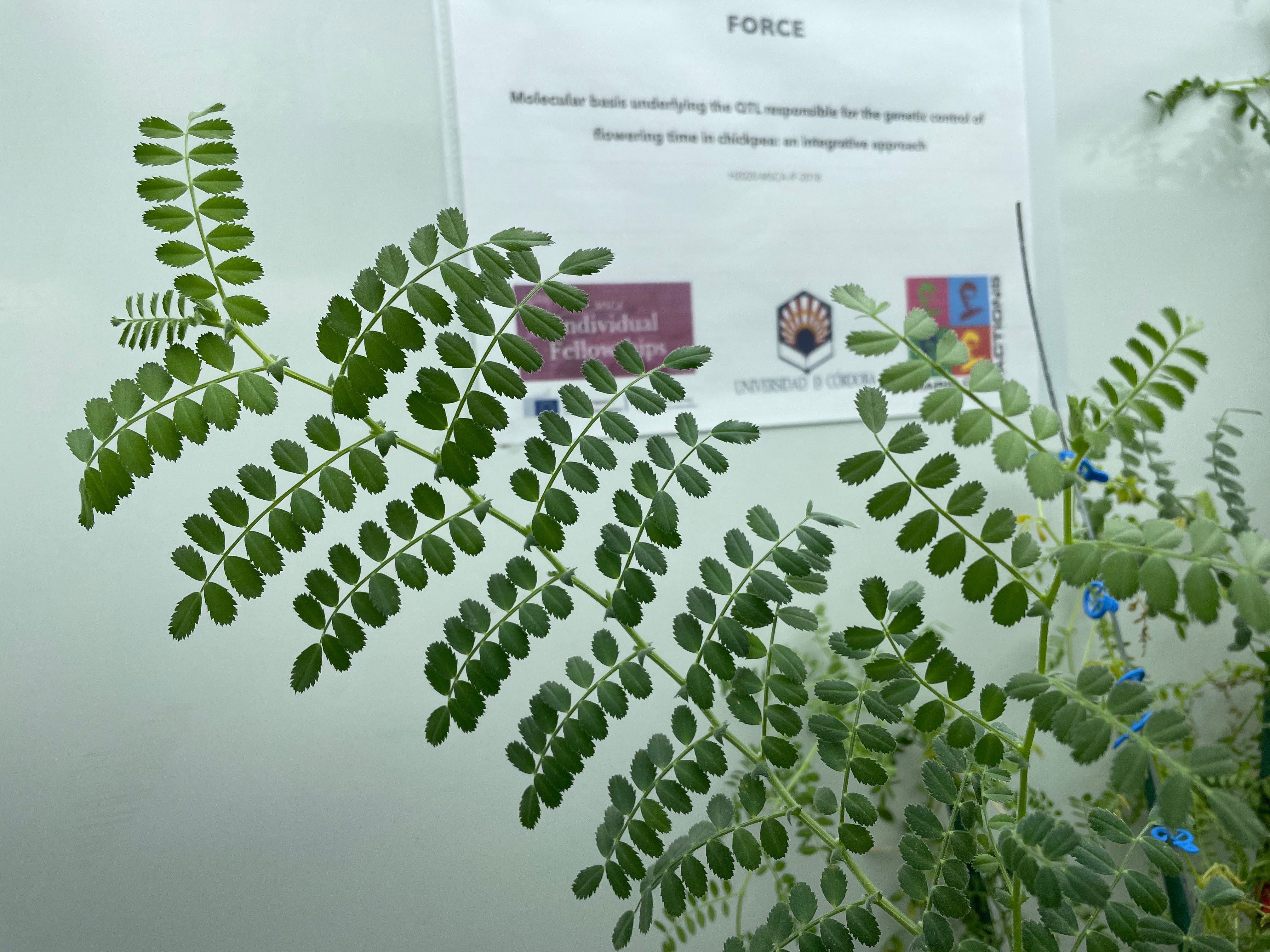 Having trouble with this site ? Check out our website and we’ll help you sort it out.